I have followed the hype over Delhi Belly for some time now , and let me tell you it fully lives up to its expectation . Delhi belly is by far one of the best risky decisions taken by Aamir Khan.

A day before the film released I learnt that there will be 2 versions of the Movie , the original Hinglish Version and a dubbed Hindi Version . Unfortunately I had already booked the tickets so I hoped that the version I would be watching would be the Hinglish one , but as hopes go I ended up with the dubbed Hindi Version which incidentally has toned down dialogues . But to my Surprise I had under estimated my ability to understand Hindi ,  which has greatly Improved since the Time of  3 Idiots , So  I could actually understand more than 95% of the dialogues spoken.

Delhi Belly is the story of Tashi (Imran Khan) and his room mates Arup (Vir Das )  and Nitin (Kunal Roy kapoor)  , who live in an old apartment . Tashi is engaged to Sonia (Shenaz Treasurywala) . Tashi is a journalist and Nitin is his photographer while Arup is a Cartoonist .

These blokes lead an average life until they get caught up in a mess with a smuggling syndicate lead by [Vijay Razz] . 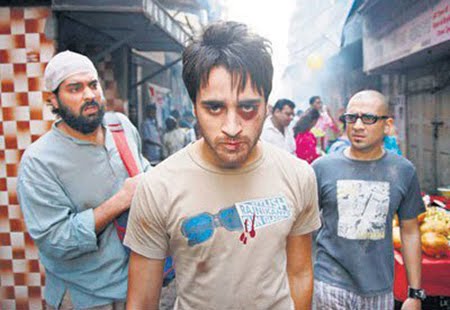 In the mean time Tashi starts falling in love with a special Correspondent Menaka (Poorna Jagannathan) , while Nitin gets the worst food poisoning of his life by eating tandoori chicken from a road side vendor , and Arup gets dumped by his Girlfriend who plans to get married to an NRI .

What happens next is a series of events which are extremely funny , entertaining , and some thing which is not to be missed . But take this with a grain of Salt because this is not the usual brand of humour that we have come to expect from Bollywood  , The humour in this film is either extremely  brilliant or overly offensive depending on how you look at .

This film comes with a good number of pros , first this is a very new kind of film in the lines of Lock Stock and Two Smoking Barrels , Snatch , and The  Hangover  , secondly this kind of film is very new to Indian Cinema , and Finally No other currently playing film will make you laugh so much .

Technically also this film is brilliant Art direction , Editing , Music , all these deserve a special mention .

In the Acting department , the three main roles are played extremely well by the actors getting into the skin of the character  , Shenaz  and Poorna do their part well , and Vijay Razz as the Smuggling Gang leaders is brilliant along with the Guy who Says “(Knocking on a hotel room door )Sir ,Loondrry”.

Dialogues in the film are exceptional which is one of the main reason this movie works .

Director Abhinay Deo and writer Akshat Varma have created a movie which easily connects with its tare get audience and no one else , A film which is does not try to hide its intentions behind cheeky double meaning dialogues , there is generous usage of Expletives from both English and hindi.

On the whole Delhi belly is an amazing 1 hr  30 minute ride ,  which is not spoilt by any unnecessary breaks like an interval or song sequence , and a film which should not be missed if you can stomach it .

To type a indic language on Linux you need to do some work before you get it working and before we start I am assuming that you are using ubuntu Linux 10.04 or higher .

The first thing you need is to install ibus

so to install ibus open terminal and type 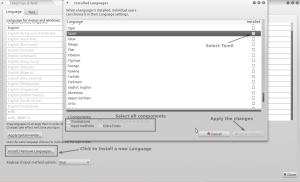 Click on Install/Remove Languages -> Select Tamil -> Select all the Components ->Apply the changes. 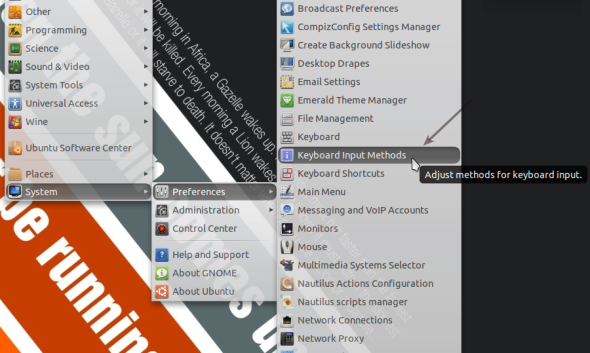 Then go to System->Preferences->Keyboard Input Methods

then your preferred shortcut keys .

Choose Tamil from the keyboard icon in the notification area

and now you can type தமிழ் (Tamil) !!

Post you comments and Suggestions in the section below .